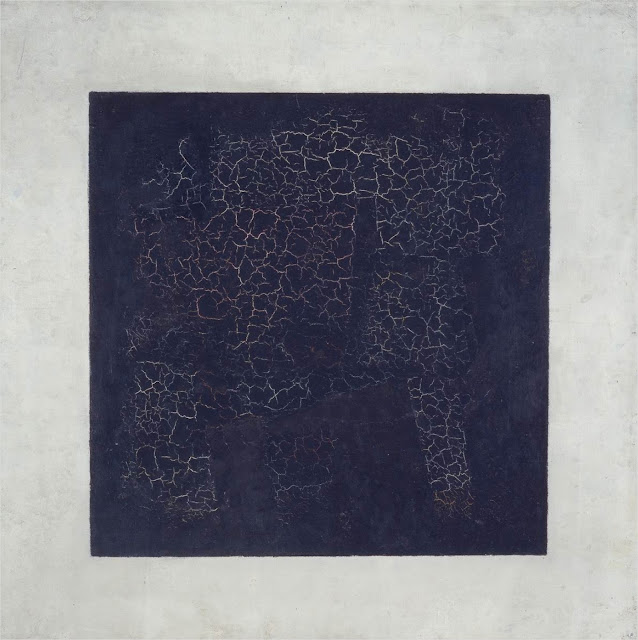 So, from now on The Black Square, famous painting by  Kazimir Malevich is officially racist.
Study with an X-ray allowed to reconstruct writing on the painting made by the author and which was considered lost.
The Black Square painting consists of two layers, white ground and black paint on top of it. Researchers found that on top of white layer Malevich did put a big sign, which was erased latter.
So the sign was "Битва негров ночью", what translates as "Battle of negroes at night".
Meduza report

And as I found here, Malevich was not the only one who came up with such a "creative" idea.
Here is quote from Dmitry Romendik article:


Malevich was not the first artist to experiment with squares and the colour black. In 1617, English doctor, astrologist and philosopher Robert Fludd created his work The Great Darkness. In 1843, the French artist Bertall entitled his completely dark piece Vue de La Hogue (effet de nuit).
Paul Gustave Dore used a black square to illustrate the dark age of the Russian history. There is also "Negroes Fighting in a Tunnel at Night” by Paul Bilhaud, which is also quite similar to Malevich's "Black Square.” Finally, in 1893, French journalist and writer Alphonse Allais came up with a black horizontal rectangle entitled "Negroes Fighting in a Cave.”

Only thing though,  we have to admit that Malevich's version is more concise.
at 1:29 PM

Email ThisBlogThis!Share to TwitterShare to FacebookShare to Pinterest
Labels: art