This is just amazing!

Three fellowes wenten into a pubbe,
And gleefullye their handes did rubbe,
In expectatione of revelrie,
For 'twas the houre that is happye.
Greate botelles of wine did they quaffe,
And hadde a reallye good laffe.
'Til drunkennesse held fulle dominione,
For 'twas two for the price of one.
Yet after wine and meade and sac,
Man must have a massive snacke,
Great pasties from Cornwalle!
Scottishe eggs round like a balle!
Great hammes, quaile, ducke and geese!
They suck'd the bones and drank the grease!
(One fellowe stood all pale and wanne,
For he was vegetarianne)
Yet man knoweth that gluttonie,
Stoketh the fyre of lecherie,
Upon three young wenches rounde and slye,
The fellowes cast a wanton eye.
One did approach, with drunkenne winke:
"'Ello darlin', you fancy a drink?",
Soon they caught them on their knee,
'Twas like some grislye puppettrie!
Such was the lewdness and debaucherie -
'Twas like a sketche by Dick Emery!
(Except that Dick Emery is not yet borne -
So such comparisonne may not be drawne).
But then the fellowes began to pale,
For quaile are not the friende of ale!
And in their bellyes much confusione!
From their throats vile extrusione!
Stinking foule corruptionne!
Came spewinge forth from droolinge lippes,
The fetide stenche did fille the pubbe,
'Twas the very arse of Beelzebubbe!
Thrown they were, from the Horne And Trumpette,
In the street, no coyne, no strumpette.
Homeward bounde, must quicklie go,
To that ende - a donkey stole!
Their handes all with vomit greased,
The donkey was not pleased,
And threw them into a ditche of shite!
They all agreed: "What a brillant night!"

From here The Chaucer Pubbe Gagge - Bill Bailey
at 10:50 AM No comments:

Expectation:
1. Some teens on TikTok come up with an idea to buy all tickets to Trump rally with intention not to go there.
2. News reported how few people came to the rally, while Trump said millions bought tickets.
3. Public sends thanks to our bright gen Z kids.
Reality:
1. People who hate Trump willingly donated to his campaign.
2. The same people made their act so viral that it gave an extra free coverage of the Trump rally on major media sources.
3. We all deserve another 4 years of Trump.

Corona virus plot proved to be informative, so I put a little more effort and made a Shiny app.

It's available here app.anabelov.info/covid19/
Options include:
- Day/Week: dot on the plot represents cases recorded in one day or average per week.
- Confirmed cases / Deaths
- Of course it is Canada centric,  so you can see what's happening on provincial level.

Remarks on the countries list:
- You can select no more than 9 countries at once. Because 3x3 plot looks good.
- I decided to put limited list of countries because full list would be too balky.
- Selection is based on my perception of what countries my friends might be interested in.
- Special feature: Hong Kong and Macau listed separate from China. 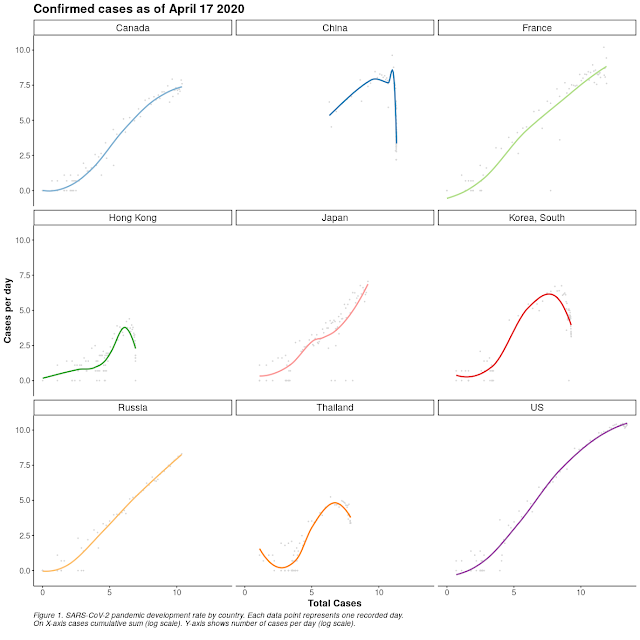 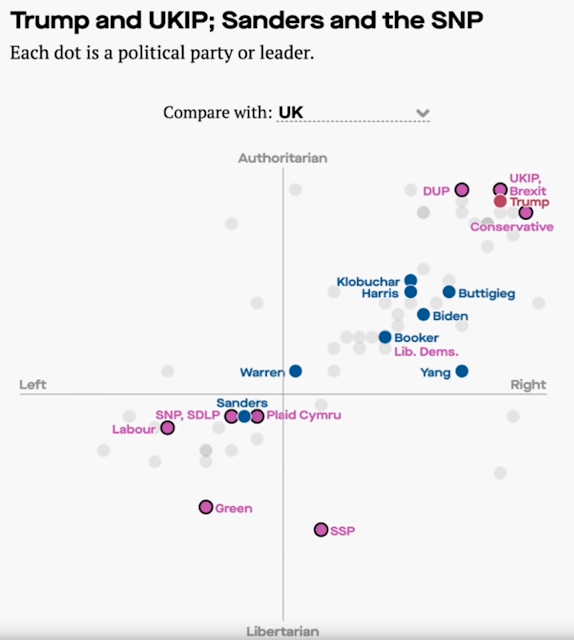 Notice that Auth-Left and Lib-Right areas are almost empty. Plus I think people who made this give Trump too much credit. I don't even think it is reasonable to assess his ideological stances at all. Like what's the point? He can barely utter a coherent sentence...
at 2:57 PM No comments:


Lot's of sci-fi movies in 90s depicted people wearing facemasks on the streets of future cities.I was always sceptical about it, because, as I was reasoning, those simple facemasks won't help from air pollution.And just like that, this year sci-fi becomes reality. 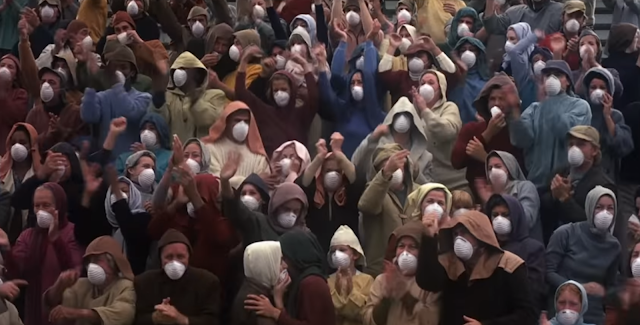 Recently I had a rather sad reflection concerning age. Maybe it's depressing February, I don't know.

The perception of time changes as you grow older.  Time is fast when you 21, you can be different person within few months. Reflecting 10 years back is looking over half of your life. You can easily say that everything you know about the world happened within those 10 years. At the same time future is so slow. You can't wait to grow older to do this and that.

When you 70 and you look back, ten years it's nothing. After you counted seven decades you realise how fast time passes. The horrifying thought is that you left to live 10-15 years. Which will fly so fast you won't notice. On the bright side, when you old present usually is very slow. So, that is I guess a compensation for fast approaching end.

When you young present is fast, past was taking forever and future is an illusive utopia. When you old present is very slow, past went so fast you can't say if it really happened and future feels so real like an enormous wall about crush over your head.